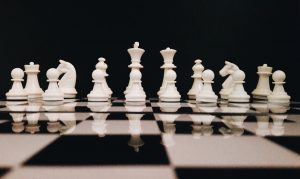 As you may be aware by now, technology and the internet itself are an ever evolving nucleus. We as humans have the option to evolve and grow with it (to understand how it works and how we can leverage it to work for us). Or, we can remain primitive, using what we feel works for us, until it stops working. The latter option leads to several complications, downtime, a loss in productivity, reputation, and potentially clients. The same mentality applies to security. We can continue using outdated security mechanisms that a teenager at a Starbucks could decipher and break into. Or, we can examine what attackers are up to and utilize new, innovative security measures that coincide with methods hackers are actively using. Even better, we can start adding offensive security to our security infrastructure. That is where Huntress comes in.

What Huntress is and is Not

Huntress is an application, not designed to replace the need for an effective antivirus program. Rather, Huntress works best in conjunction with anti-virus tools to add an extra layer of security to your network. Huntress was developed by ex-NSA hackers as a way to seek out attacks before they can be exploited. This is different from traditional anti-viruses that sit and examine heuristic data.

Neteffect.com succinctly points out the difference between antivirus applications and Huntress. “Modern antivirus programs work by detecting known malicious applications and behaviors using signature files and heuristics.” Huntress on the other hand, ‘continually analyzes all executables on your network, and reports suspicious behavior to a team of security experts where they analyze it, and when malicious, they disassemble it and provide a remediation plan to quickly resolve detected incidents.’ Persistent analysis is crucial to receiving information on the status of threats or vulnerabilities to your network before they can be exploited.

Why we Use Huntress

As an MSP, we at Tech Rockstars have the unique ability, to explore new tools and applications and incorporate those which we believe are effective, reliable, and provide the ability to save our clients money and headache. Particularly, when it comes to securing and preserving your valuable data. So we are pleased to endorse Huntress to our clients as an added layer of protection for the following reasons:

1. Having Huntress is like having your own red team, minus the cost.

Adding Huntress to your security is essentially like hiring a ethical, offensive hacker, who is feeding you information on vulnerabilities or potential exploits on your systems before a malicious attacker can use those exploits against you. This is critical! You want someone on your side, finding threats that need to be resolved before the bad guy can use them against you.

2. Made by ethical hackers.

Huntress plays well with other tools and can be added as an additional protective layer to your current security infrastructure. Most security tools on the market operate independently of one another and often conflict with other security applications. Huntress, by design is lightweight and able to work with existing security applications. You don’t have to pick or choose what security tools to run. Rather, Huntress can be added to your current security as an added defensive layer.

Several security applications and programs wait for a detected breach or threat. Huntress doesn’t sit and wait. Huntress lives by its name, actively seeking out threats for our clients so we can resolve them before they can be exploited.

Huntress stands out among other tools because it not only points out vulnerabilities, it actively hunts them down and provides detailed information on how to remediate or resolve discovered vulnerabilities. Rather than your IT department spending a significant of time looking into the threat, this detailed information saves you time, effort, and resources, by finding the threat and presenting a effective resolution.

6. Ability to deploy in minutes.

Some tools take several hours to install and configure. Meaning devices and protocols are left vulnerable until set up is tested and complete. With Huntress, we can deploy an added layer of security to your network in minutes, ensuring protection is immediate and reducing business downtime.

A Growing Concern with Small and Medium Businesses

A recent report confirmed that 60% of small businesses that fell victim to a cyberattack took more than 30 days to recover. Furthermore, csoonline confirms “the cybercrime epidemic is expected to triple the number of open positions over the next five years.” Meaning there will be an overabundance of work to keep security professionals busy and a significant increase in the amount of threats SMB’s like yours face in the coming years.

There seems to be a growing consensus with small to medium businesses that believe they are not susceptible to cyberattacks. Expert Karen Johnston aptly states, “Small businesses are not prepared for cyber events because pretty much all they are seeing in headlines are large corporations.” Because smaller businesses are only seeing big names in the headlines, many SMB’s have developed a false sense of security.

Another concept many SMB’s falsely adopt is the notion that having an antivirus or a firewall will provide adequate security. While both are effective, the simple fact is attackers are always looking for easy ways to exploit victims. No network can ever be 100% secure. However, the more layers of defense in place, the more likely you are to deter an attacker enough into giving up and going after easier prey. With that said, you certainly want the service of an ethical hacker who is on your side, helping you resolve threats before they become an issue. Since most businesses cannot afford to hire a red team or an ethical hacker, the next best thing is Huntress.

Performance and efficiency are integral to your business’s operations. Threats and attackers provide the potential for interfering with productivity and impacting your bottom line.

Contact us to find out how we can provide offensive security to your network and maintain an advantage over the criminals. Don’t be an easy target to cyber criminals. Don’t let them frustrate you. Instead, turn the tables and remove threats before they become an issue.