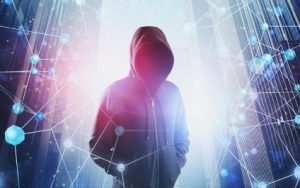 Most cybercriminals love their jobs. They get to put their hacking skills to the test. In fact, many of them “compete” against one another to see who can hack into a network the fastest or who can steal the most data. They don’t care who gets hurt along the way. And in most cases, it’s small business owners who are getting hurt.

Cybercriminals will do anything to get what they want. Some want to create chaos. Some want to steal data. And others want to get straight to the money. These are the people who withhold your data hostage until you pay up. They install ransomware on your computers, and if you don’t pay, they threaten to delete your data. This is one of the many reasons why backing up ALL of your data is so important!

So, how do the bad guys get your data? How do they work their way into your network and find exactly what they’re looking for? Well, it’s much easier than you might think.

They count on you to have no security. This is why cybercriminals go after small businesses. They know most small-business owners don’t invest in security or invest very little. Even if the business does have security, it’s generally easy for a hacker to break through.

Then, all the hacker has to do is steal or destroy data, install malware on the computers and then wait. Because there are so many small businesses around the world, it’s just a numbers game for cybercriminals. When you attack every business, you are guaranteed to eventually succeed in the attack.

This phishing e-mail may include a link or an attached file. The e-mail may be disguised as a message from a bank or retailer — or another source your employees are familiar with. The problem is that it’s all fake. Cybercriminal wants your employees to click the link or open the file, which will likely install malware on their computer. Once the malware is there, the cybercriminal may gain access to your network and be able to steal critical data.

They exploit outdated hardware and software. If you haven’t updated your equipment in years, you leave it open to attack. This is a huge problem in the health care industry right now. Many hospital-based computers are still running Windows XP. Microsoft ended support for Windows XP in 2014, which means the operating system isn’t getting any security patches, leaving users vulnerable.

“Most cybercriminals aren’t going to ‘hack’ into your network or computer. They’ll let your employees do it for them.”

Hackers spend a lot of time looking for vulnerabilities in different types of hardware and software. When they find them, it opens up the public to those vulnerabilities. In many cases, hardware and software developers work to fix these vulnerabilities and get updates out to users. But these updates only work if YOU update your equipment. If your equipment is no longer supported by the developers or manufacturers, that’s a good indication that it’s time to update. While the upfront cost can be high, it doesn’t compare to the cost you’ll face if hackers get into your network.

They try every password. Many cybercriminals use password-cracking software to get past your password defenses. The weaker your password, the easier it is to break. In fact, hackers can often break simple passwords in a matter of seconds. This is why it’s so important to have strong passwords. Not only that, but all your passwords MUST be changed every three months.

Here’s why you need to constantly update your passwords: cybercriminals aren’t just going after you. They’re going after everybody, including the services you use as a business. If those businesses get hacked, criminals can gain access to countless passwords, including yours. Hackers then can either attempt to use your passwords or sell them for profit. Either way, if you never change your password, you make yourself a target.

Use these four points to your advantage! It is possible to protect yourself and your business from the bad guys. Do everything you can to implement stronger overall security. Prioritize stronger passwords. Keep your equipment updated. And most of all, educate your team about cyberthreats to your business!